Early life & family – John was born in 1892, the son of the Revd Dr John James McClure and Mary McClure (nee Denham). His father, who was originally from Northern Ireland, was a Presbyterian minister in Cape Town. (After the War their address was Dabriado, Oranjezicht, Cape Town.)

John was educated in Cape Town and Johannesburg, and gained a BSc degree. He may have been a professional soldier because he joined the Transvaal Light Horse in about 1913, and fought in South Africa and in German South-West Africa. He came to England in 1915 after the War was declared and joined the Royal Engineers. 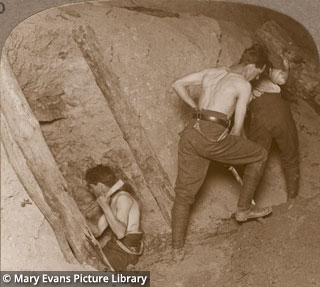 As a result of this action a number of its officers and men were killed, and there was an urgent need for replacements. Tunnelling was a dark, dangerous and dirty job. John was mentioned in Despatches for his bravery, and was wounded twice. The second time he came to Hampstead, probably for hospital treatment.

Death & commemoration – He died on 15th October 1918 aged 26, at 23 Netherhall Gardens, possibly where he was convalescing. His death certificate says he died of influenza and pneumonia exhaustion. A lot of people died in 1918 in an influenza pandemic which was known as ‘Spanish flu’, which started at the beginning of 1918 and continued for nearly two years. His death certificate gave his name as Richard. Was it reported by someone who didn’t know him well, or was he known by this name by his close friends?

He is buried in the Additional Burial Ground in Church Row (grave ref. I 020). Next to him is another war hero – Anthony Beesley – an RAF officer who died of his wounds five weeks later. John’s relative Samuel McClure, a Captain in the RAF, was given custody of his personal effects. Do you think it is possible that he was at John’s funeral?

The irony is that the young South African cavalry officer became a successful miner and explosives engineer– exchanging fresh air and sunlight for damp and darkness. It shows that we can achieve extraordinary things when we put our minds to it!