Welcome to Community@War. This website explores how World War One impacted a village in North London. This site is intended as a resource for primary school teachers and local history researchers.

Community@War is a chance for children to learn about their local environment at a critical time in its history. The world was very different in 1914. Life in Hampstead still centred around the village and it had a significant population of poor people, many of whom lived around New End. Have a look at Hampstead in 1914.

By 1915 children in Hampstead would have seen wounded soldiers in their street and become used to food shortage, air raids and changing technology. Primary school children today have not experienced a war on their doorstep. We hope that through this site children become aware of this major, national event and its impact on their community.

What will you find on this site?

Each of the topic pages provides background material, suggested activities, discussions and links to other resources.

In addition you can search for details of Hampstead men and boys who went to war and died, using the search function and on the right hand side of the page.

The materials are primarily from local newspapers and magazines published during WW1, particularly The Hampstead and Highgate Express and the Hampstead Parish Church Magazine.

The names of the soldiers were taken from the War Memorial in Church Row, from the Parish Magazine and the church burial records. Details of their lives and deaths are mainly taken from census records and the records of the Commonwealth War Graves Commission.

Experiences of Schools who are already part of Community@War 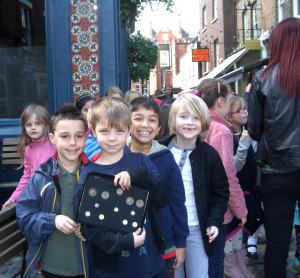 The Community@War team took the pupils on tours of Flask Walk and New End. 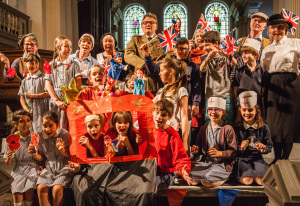 At the end of the summer term pupils took part in a World War One Concert. 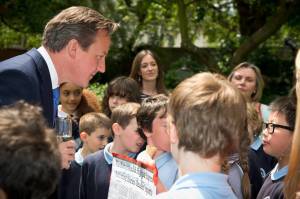 A group of children from Hampstead Parochial School had a very special treat – they went to 10 Downing Street to show the Prime Minister what they had been doing as part of the Community@War project.

There are more photos of the concerts in the Image Gallery. 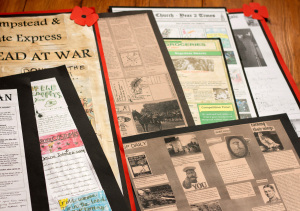 Each class taking part produced a newspaper page for the period. The homepages of The High Street, The Home Front and Soldiers’s Lives include samples of some of their work and we will be adding more.

The Community@War project would not have been possible without the generous help and support of a many people. We would like to thank all our Sponsors and Supporters.