The lives of these men provide a snapshot of the many who lived in Hampstead and went to war. They are all heroes. They include officers, non-commissioned officers, men and boys across the social spectrum. Although two were professional soldiers, the rest all volunteered to fight. They include boys from German and Italian families whose relatives may have been fighting for the other side. While most of them are buried away from home they are all commemorated somewhere in Hampstead. 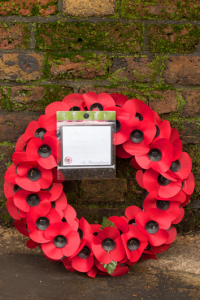 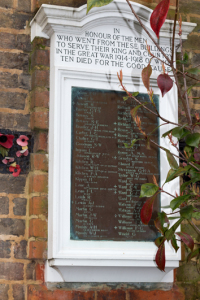 Buried away from home 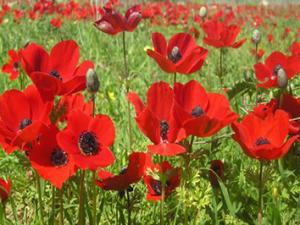 Soldiers buried on the battlefield – Right from the start of World War One the government made a decision that all soldiers who died on the battlefield would be buried close to where they fell. An Englishman called Fabian Ware, who went to France in 1914 with the Red Cross, realised how important it was that people knew where their loved ones were buried and that their graves were properly cared for. He started recording where graves were, and did what he could to maintain them, initially planting wild flowers over the places where men were buried.

As a result of Ware’s efforts the Graves Registration Commission was set up in 1915 to record where the graves were. During the war the Commission received hundreds of requests for details of soldier’s graves and by 1917 had sent over 12,000 photographs back home to relatives.

Honouring their sacrifice – The government realised that after the war people would want to visit where their loved ones were buried. In 1917 it established by Royal Charter the Imperial War Graves Commission, which took over the work of the Graves Registration Commission. This new commission immediately started planning permanent cemeteries to honour the war dead. After the war was over it undertook the huge task of establishing over 1,000 cemeteries and moving bodies to their final resting places. The commission was determined that these cemeteries would provide a fitting memorial to the men buried in them. It used the best architects to design the cemeteries and memorials, as well as the experience of Kew Gardens and the famous garden designer Gertrude Jekyll to advise on planting.

Soldiers who have no graves – Some soldiers’ bodies were never found and the Commission built huge memorials with the names of the lost dead inscribed on them. The largest is the Thiepval Memorial in France, which stands over 45 metres high and carries the names of more than 72,000 casualties from the Battle of the Somme. (See more about the Battle of the Somme under Further Resources below.) Another memorial is the Menin Gate where several Hampstead soldiers are remembered.

How was it possible to dig up and rebury so many soldiers in the correct grave with their name? This is because each soldier had to wear two identity discs. In the event of death one was sent home with their personal effects and the other remained attached to the soldier so he could be identified. Some soldiers had a rather grisly name for these discs – ‘cold meat tickets’.

Memorials at home – Families also wanted memorials at home to commemorate their loved ones, because their families and friends were proud of what they had done. Today you can see memorials in schools (eg HPS, UCS), housing estates (eg New Buildings), workplaces (eg Hampstead Old Town Hall), and in almost every church in the borough. Being reminded of their commitment to what they thought was right, their courage and obedience when they were in frightening and dangerous situations, and ultimately their sacrifice, is a good reminder to us of important values that have shaped our nation.

YouTube – the Battle of the Somme – archive footing over an hour long but very interesting http://www.youtube.com/watch?v=krT1lX_Dvm0

Commonwealth War Graves Commission http://www.cwgc.org/ On the homepage click on ‘Find a cemetery’ to go to a page with images of the cemetery you are looking for